Reducing the Enrollment Age for Medicare 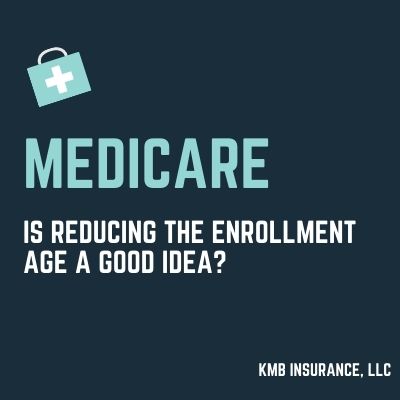 According to a brief from the Peterson-Kaiser Family Foundation (KFF) Health System Tracker, employers could spend up to 43 percent less on healthcare if Medicare’s eligibility threshold were reduced to 50 years of age and if uptake were universal.

Transferring employer coverage to Medicare would certainly decrease costs to employers and consequently increase costs to the federal government, although research reveals total healthcare spending would decrease for those in the 60 to 64-year-old bracket.

The theory goes that having a smaller and healthier group of Medicare enrollees would reduce total costs. Also, Medicare pays providers at a lower rate than private insurers and those cost reductions would begin to add up.

The KFF data reveals that lowering Medicare’s eligibility threshold to the aforementioned 60 to 64-year-old range would turn up savings for employers of about 15 percent. The wider the range, the more employers save on healthcare costs overall.

Employers could save 30 percent on healthcare costs if the threshold were moved to those aged 55 and older, for example.

In instances where large group healthcare plans are involved, as an employee ages the share of enrollment declines. Consequently, the share of healthcare spending grows.

If all eligible employees shifted to Medicare, savings would be substantial for employers. But enrollment is a major proviso, as research confirms. At current rates, about two-thirds of senior citizens still working choose Medicare coverage over employer coverage. Those numbers would have to increase in order for employers to enjoy maximum savings.

In theory, any savings from these threshold decreases could lead to reductions in things like premiums for employees. Without a doubt, the impact of premiums is major and beneficiaries remain concerned with their healthcare costs.

Health insurance costs are among the most sizeable financial obligations for older people in the United States. An estimated 28 percent of Americans eligible for Medicare struggle to make monthly premium payments, according to a MedicareGuide.com survey from October 2020.

Cutting the cost burden isn’t cut and dry, but there’s no doubt the effect reducing premiums will have on average Medicare consumers. If that burden can be assuaged with the combined benefit of savings for employers, so much the better.

There is, of course, the possibility of a ripple effect.

If providers raise prices in private insurance plans because more individuals are enrolled in Medicare, the impact could be significant. Research indicates that providers typically do not shift costs to private pays in order to counterbalance costs due to lower payment rates from the public plan, but things can change if a larger group of individuals hits the Medicare pool.

Congress is considering changes to eligibility requirements in the United States, a move that could considerably modify the way Medicare operates. With a wider window to include more enrollees buying in at an earlier age, expanded access and greater affordability would unquestionably be on the table.

And, as research has indicated across the board, access to care is a major issue in the United States.

Still, there are obstacles and reallocating spending to the taxpayer isn’t really ever a popular option – regardless of the potential benefit. The government has options to pony up the green in order to open up Medicare eligibility, so there are strategies to ease the public burden if the ceiling should change.

But it’s clear that substantial savings, particularly for employers spending on health

Nov 1, 2021
You May Qualify for Medicare B Give Back Program Reduction!
Aug 2, 2021
Reducing the Enrollment Age for Medicare
May 19, 2021
TopFive Insurers Depend on Medicare for Growth
Apr 13, 2021
Medicare Cuts Hospital Payments HACRP
Mar 11, 2021
Medicare's Role in Homeless Healthcare