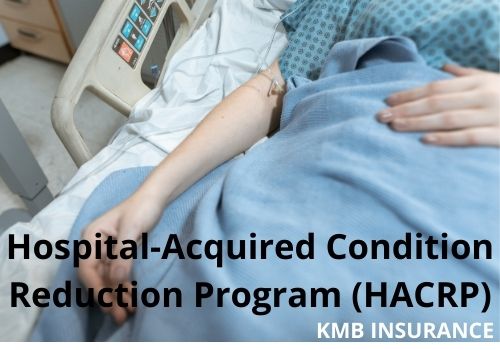 The United States government has penalized a total of 774 hospitals for rates of patient infections and other medical complications.

The penalties are based on patient outcomes from mid-2017 to 2019, which places the penalties before the COVID-19 pandemic.

The penalties are assigned under part of the Affordable Care Act, which establishes a procedure that penalizes hospitals under threat of losing money in order to increase positive patient outcomes. The penalties cost the punished hospitals about one percent of their Medicare payments over the course of 12 months.

What is the Hospital-Acquired Condition Reduction Program (HACRP)?

The program is supported by the Centers for Medicare and Medicaid Services’ commitment to connect payments to overall healthcare quality across the industry. Conditions for the program are established using the Social Security Act, commencing by assessing discharges for the fiscal year 2015. The program requires the Secretary of Health and Human Services to adjust payments to hospitals in the bottom 25 percent of quality measures.

Through the program, the Centers for Medicare and Medicaid Services (CMS) sends hospitals a confidential report containing applicable program data. Facilities have 30 days to evaluate the report and submit requests for correction or questions.

From there, CMS makes the results of the reports available publicly.

The goal of HACRP is to establish a system that incentivizes positive medical outcomes in hospitals.

According to the Centers for Disease Control and Prevention, one in 31 hospital patients will contract an infection during their stay. These infections create a wide range of harmful consequences, even leading to death in some cases.

The program assesses rates of infection, sepsis cases, blood clots, fractures, bedsores, and other complications that could have otherwise been avoided. The program zeroes in on hospitals with the highest rates of preventable complications and patient safety concerns, with the total penalty amount based on the payments Medicare disperses during the federal fiscal year.

What do Hospitals Think of HACRP?

Reports suggest that hospitals are not too fond of HACRP overall, even if the need for oversight is evident.

In 2016, for instance, a report indicated nearly half of America’s academic medical centers were rebuked by HACRP. That led to an abundance of caution and, in some cases, overly insistent testing for infections. Because academic centers are often associated with having higher revenues, their penalties are higher in the long run.

It stands to reason that missing infections of any sort could be injurious to the entire program.

Medicare’s argument is that teaching hospitals have been improving in patient outcomes at a rate higher than other hospitals, especially larger hospitals, so the system is working.

But hospitals can be reprimanded even if they demonstrate improvements over time. Given the fact that the bottom quarter of hospitals must be penalized under the law, creeping up the ladder isn’t sufficient for most facilities. Substantial quantifiable improvements must be made in order to escape what could be an unremitting cycle of penalty and slashed financial support.

The argument could be made that this admonishes hospitals with the sickest patients, thus cutting funding in areas that need it most.

According to the latest HACRP report, 2,430 hospitals escaped sentence. 2,057 hospitals were excluded from the program because they treat children, veterans, or psychiatric patients or hold status as a “critical access hospital.”

The data breaks down remarkably in geographical areas. Half of Rhode Island’s hospitals were penalized, for example, while none of the hospitals in Delaware were disciplined. Medicare does not include Maryland facilities in the program because funding comes from a different financial arrangement.

Some 77 hospitals have been reprimanded in all seven years of the program, while 1,360 facilities have been penalized multiple times.

The argument has been made that hospitals with higher patient complications, like academic medical centers, draw the wrath of the program with more regularity. There’s simply no way to tell the exact nature of patient care due to distinctions of each case, but Medicare insists incentivizing care is the best way to consistently assess and ensure top-tier performance.